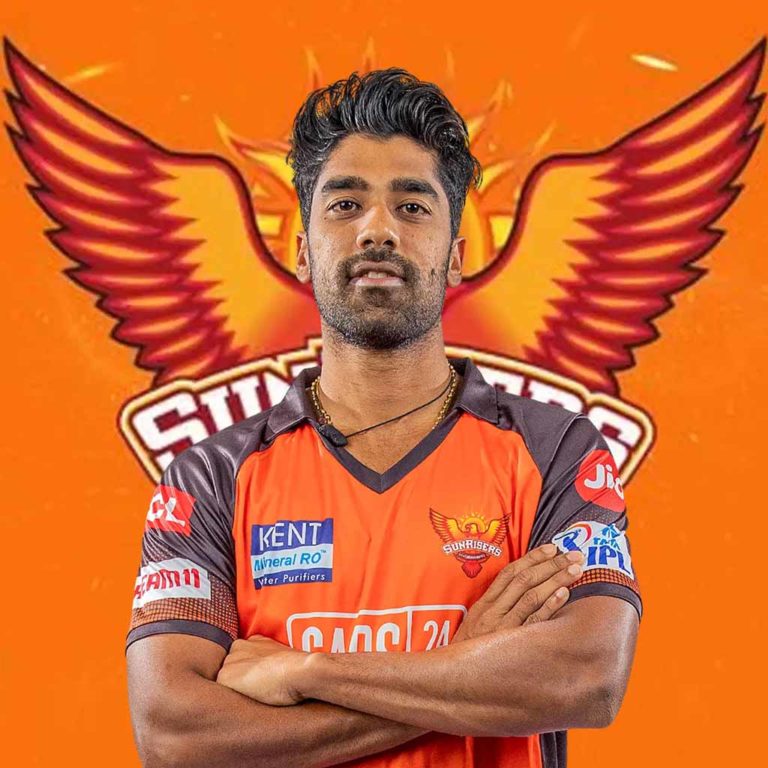 Shashank Singh is an Indian cricketer who plays domestic cricket for the Chhattisgarh team, and he was selected for the first time in the IPL in the team of Delhi Daredevils in the year 2017, but he made his IPL debut match in the year 2022 with the SRH team, And now he is part of Sunrisers Hyderabad team from the year 2022.

Shashank Singh biography: Shashank was born on 21 November 1991 in Mumbai and learned cricket tips & tricks in this city. However, his family is originally from Bhilai in Chhattisgarh, he is mainly known to play IPL for the Sunrisers Hyderabad team, and domestic cricket for the Chhattisgarh team.

Apart from that, for your info, let us tell you that, he started his cricket career with Mumbai domestic team, but due to not getting opportunities, he moved to Chhattisgarh and made his first-class debut against Odisha in 2019.

On the other hand, if we talk about Shashank’s family, then no information about his father’s name has been shared on the internet yet, while his mother’s name is Sunita Singh, who works in Jio Telecom. At the same time, his sister’s name is Shrutika Singh.

He has learned all the tricks of cricket from his cricket coach Vidya Paradkar, and his coach has contributed a lot to his cricket career.

He is a batting allrounder player who plays cricket as a right-handed batsman, And he is known for his long-hitting batting, and also he bowls with Right-arm Medium, Right arm Offbreak.

He made his debut in first-class cricket, playing with the Chhattisgarh team, against the Orissa team on 9 December 2019. He has got a chance to play 9 first-class cricket matches so far, in which he has scored 436 runs at an average of more than 43, including one century and 3 half-centuries. and has also taken 4 wickets with his bowling.

He made his debut in List A cricket on 10 December 2015 while playing with the Mumbai team, however, but later, he left Mumbai domestic team and joined the Chhattisgarh team, and now he plays domestic cricket from the Chhattisgarh state team. And He has played 23 List A cricket so far, in which he has scored 536 runs at an average of 29.77, including his two half-centuries.

Shashank was first associated with Delhi Capitals in 2018. But released them without giving them a chance. And then in 2019, Rajasthan Royals bought him for 30 lakh rupees. In 2020 also Rajasthan retained this player. But not included in playing XI in a single match, But the dream of IPL debut remained incomplete. For 4 years, this player was sitting on the bench, and now finally he has made his IPL debut with the SRH team against Chennai Super Kings on 9 April 2022 in the 2022 IPL season.

Shashank has been playing domestic cricket since Jan 2015 and he has made many runs for his Domestic team, so let’s see his ‘Shashank Singh stats‘.