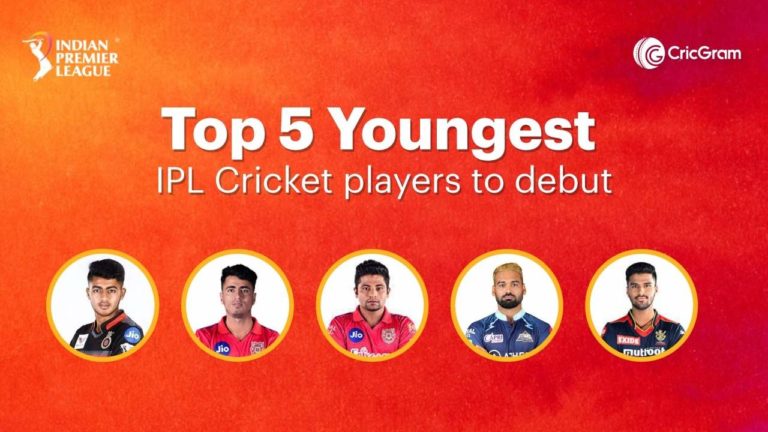 Youngest IPL Cricket players: If you also like to watch IPL and are interested in knowing some interesting news related to it, then today’s article can be very helpful for you because today in this article we are going to talk about some players who have debuted in IPL at the very youngest age.
So in such a situation, if you also want to know about these players who made their IPL debut at the youngest, then you can continue reading this article and know about the five players who played the IPL debut match at the youngest.

Here are the names of five players who have made their Indian Premier League debut at the youngest.

The first in this list comes the name of the Bengal domestic team’s famous spinner Prayas Ray Barman, who started playing for Royal Challengers Bangalore at the age of just 16 years and 157 days. He made his IPL debut on 31 March 2019 against Sunrisers Hyderabad.

The second name in this list is the name of Afghanistan’s famous spinner Mujeeb Ur Rahman, who played his first IPL debut match on 14 June 2018 with the Punjab Kings team at the age of just 17 years and 11 days.

The third name in this list is the name of the famous player of the Mumbai domestic team, Sarfaraz Khan, who played his IPL debut on 22 April 2015 for Royal Challengers Bangalore at the age of 17 years and 177 days.

The fourth name in this list is the name of ‘left-arm fast bowler Pradeep Sangwan’. He made his IPL debut on May 2, 2008, playing for Delhi Daredevils against Chennai Super Kings in just 17 years and 179 days age.

On the last number in this list, the name of India’s famous player and spinner bowler ‘Washington Sundar’, who played his first IPL debut match on 22 April 2017 for the Royal Challengers Bangalore team at the age of 17 years and 199 days.

In the IPL history so far, these are the five players who have played their IPL debut match at the youngest age, how did you feel about knowing about these players, do not forget to enter your opinion and feedback in the comment box below.