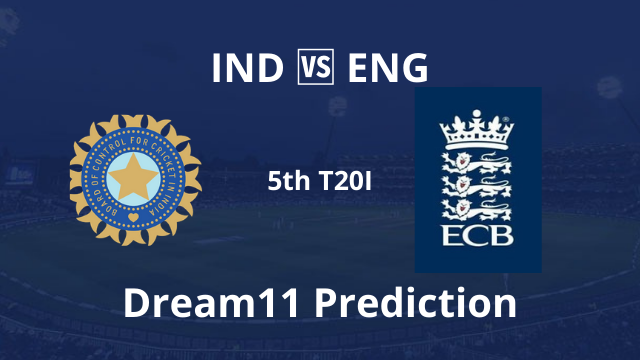 India has shown why there are the best at home by winning the last match and did not let the series slip away from their hands. They performed well and won the game by 8 runs.

Rohit Sharma has not scored as many runs as expected from him in the last two matches, and everyone is expecting a big inning from him in the previous game. His partner, KL Rahul, is completely out of form and struggling to score even ten runs.

At No.3, Surya Kumar Yadav batted for the first time in International cricket and smashed fifty but was unlucky to get out for the umpire’s wrong decision. Skipper Kohli, after playing two brilliant knocks, got out cheaply in the last match. Pant has been batting decently throughout the series.

Shreyas Iyer has also played a couple of good innings with the bat at crucial times. Hardik Pandya and Sundar have not contributed much but have been performing well with the ball. Rahul Chahar played his first match and picked up some crucial wickets.

The pacers Bhuvneshwar and Shardul have been consistent at picking up wickets and at the same time controlling the flow of runs. India has a perfect chance of winning a series against the No.1 T20I team.

After bossing the game in the 3rd match, England appeared to struggle in the 4th one as they couldn’t chase the total and lost the game by 8 runs.

Jason Roy has been batting well but has not been able to convert his forties into fifties. Jos Buttler, except for one inning, has not batted well in this series. Dawid Malan has been struggling very much in this series to play freely and hasn’t contributed much to the team.

Jonny Bairstow has looked in decent form and has played a couple of good innings. Ben Stokes did not get much chance to bat, but he played aggressively and almost won the game for England in the last match. Eoin Morgan batted twice in this series but wasn’t that effective as he generally is in the middle-order.

Sam Curran has been decent in the all-rounder role, and spinner Adil Rashid has also picked up wickets consistently. Jofra Archer, after being wicketless for the last two matches, bowled brilliantly in the fourth match and picked up four wickets. Mark Wood has troubled the batsman with his pace in the initial overs, and Jordan also picked up some crucial wickets in this series.

England would want to let go of such a brilliant opportunity to win the series and give their best in the last match.

The pitch here is generally good for scoring runs. The bowlers will have an advantage early in the game, but it will get more accessible for the batsmen as the match progresses. Slower ball bowlers will play a crucial role in picking up wickets. Due to the dew factor, teams would want to chase after winning the toss.

King Kohli is one of the greatest batsmen across all formats. He got out for only one run in the last match. Virat is very good Captain choice in IND vs ENG Dream11 Team.

Rohit Sharma opens the innings for the Indian team and is one of the finest white-ball cricket players. He scored only 12 runs in the last match.

He is the best T20I batsman for India. Rahul has been struggling a lot this series and he scored only 15 runs in this series..

He is a right-handed batsman and showed everyone why he deserved a spot in the Indian team. Surya scored 57 runs from 31 balls in the last match.

Ishan Kishan is a young left-handed batsman and generally opens the innings. He did not play the last match.

Hardik is an all-rounder and is equally good with both bat and ball. He scored 11 runs in the last match and is bowled brilliantly, picked up two wickets for just 16 runs.

He is the wicket-keeper batsman and is known for playing aggressively. Pant scored 30 runs from 23 balls in the last match.

Shardul Thakur is a right-arm medium-fast bowler and can also be handy with the bat down the order. He scored 10* runs and was expensive with the ball but managed to pick up three wickets in the last match.

He is a right-arm medium-fast and is known to swing the ball and control the flow of runs in death overs by bowling yorkers. Bhuvneshwar bowled well in the last match, picked up one wicket, and bowled a maiden over.

Iyer generally bats in the middle-order and is a decent striker of the ball. He batted aggressively in the last match scoring 37 runs from 18 balls.

He is a right-arm leg-break bowler and is consistent at picking up wickets. Rahul Chahar managed to pick up two wickets in the last match.

Buttler is the wicket-keeper batsman of the team and hasn’t scored much except for one match. He scored nine runs in the last game. J Buttler is also a very good Captain choice in IND vs ENG Dream11 Team Prediction.

Malan is the No.1 T20I batsman and provides stability to the team. He scored only 14 runs in the last match.

Roy opens the innings for the team and has been in decent form so far this season. He scored 40 runs in the last match.

Bairstow is a decent striker of the ball and generally bats in the middle-order. He batted decently, scoring 25 runs in the last match.

He is a right-arm fast bowler and bowls consistently over 140kmph. Jofra scored 18* runs and bowled brilliantly, picking up 4 wickets.

He is an all-rounder and is equally good with both bat and ball. Stokes scored 46 runs from 23 balls and picked up a wicket in the last match.

Wood is a genuine fast bowler and bowls over 150kmph early in the innings. He bowled well, picking up 1 wicket and also bowled a maiden over in the last match.

He is a right-arm fast bowler and can also score some runs. Jordan scored 12 runs but was expensive with the ball and went wicketless.

He is a right-arm leg-break bowler and is the experienced spinner in the squad. Rashid bowled well, picking up a wicket in the last match.

Skipper Morgan is a left-handed batsman and can cause havoc in the death overs. Morgan scored only four runs in the last match.

Curran is a left-arm medium-pace bowler and can play some big shots down the order. He was expensive in the last match but managed to pick up a wicket.